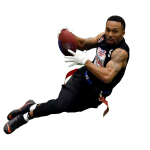 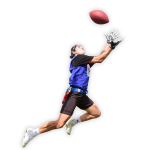 This summer, Season 4 of the men’s Division is returning. 32 of the best teams around the world will compete for money, fight for pride, and make history as they participate in the most exciting event yet. In Addition, we are excited to announce our new Women’s Division consisting of 8 teams and the glass-ceiling shattering $200,000 Grand Prize for both the Men’s and Women’s Champions, leading the movement to level the playing field for gender pay equality in sports. Jeffrey Lewis, CEO and Founder of the American Flag Football League, made the announcement.

“We are proud to make Flag the first sport to institute pay equity from day one. How could we even consider playing football without a level playing field?” stated Mr. Lewis. “Our Women’s Division will feature exceptional female athletes from all over the world. The grassroots Flag community has always epitomized the inclusivity and diversity that so much of society has struggled to achieve. Once we made the commitment to introduce the Women’s Division to the world, there was no question that our Grand Prizes would be equal.”

The Men’s AFFL tournament is scheduled for July 23-25 in Indianapolis and moves to Texas for the remaining rounds, August 14-15,  August 29th

The Women’s AFFL tournament is scheduled for August 29th in Texas.

THE PATH TO REPRESENT THE U.S.

GET SCOUTED. GET NOTICED. GET YOUR SPOT.